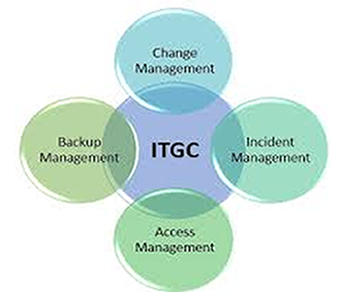 An IT General Controls audit examines how well IT systems and applications are performing. If an audit indicates that certain controls are not being done correctly, those issues are considered risks to the IT department and its ability to function.

Nearly every one of the 18 items in six controls listed below is designed to prevent situations that threaten data center operations. Results of the ITGC audit also provide an effective assessment of the risk level to the infrastructure. They identify areas where improvement is needed, which can help reduce risk.

Let’s go over the details of six controls that are often part of an ITGC audit:

When performing the ITGC audit, examine each of the controls using a combination of techniques:

When writing up the findings from your interviews and examinations, you’ll be in a better position to rationalize if a control is being performed properly.

Welcome to Skibilt Solutions. If I am not available online. Text me without hesitation.